Terry is enlarging the  pasture

The other four pastures are really looking rich and green…Terry says it really nice to have the time and the energy to work on some of the other parts of the farm.

Which brings me to this post I’ve wanted to do for a little spell.

A long time blog friend writes for the local paper in her New York area, the Amsterdam Recorder, she took a wee trip and wrote about it for all her readers to enjoy.  I asked her if I could reprint a  bit of it for my farming blog and she said yes. 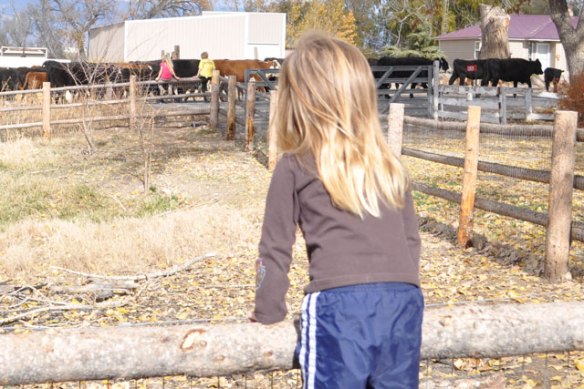 “And speaking of being, as opposed to seeing, green, we encountered evidence of recent hot “green” issues along the way. While waging our own battles on the leg of the trip south through Pennsylvania, dodging potholes with varied success, and heaping language not befitting ladies and gentlemen upon some of the drivers with whom we narrowly avoided close encounters of the crashing kind, I noticed something interesting.

While all of America frets and stews about flatulence from cattle, most of which live in the relatively clean, green, rural countryside, a little air freshening around urban backdoors might be in order.

As we wound down the mountains of the Keystone State, sometimes mistaking the potholes on 81 for valleys, the actual valleys were filled wall-to-wall with cities; houses, factories, malls and parking lots.

And every single one of them was shadowed under its own smoggy mantle of flatulence. The kind that emanates from cars and trucks and heating systems and all the things associated with large collections of people. I have never seen a miasma such as that over a barn, pasture or even the most crowded of feedlots.

Alas, because there aren’t many farmers left, the people who eat what they grow and who wear the products of those cotton fields, don’t understand them anymore. They blame them for something they are.”

I know that each and every one of you, gentle readers, are not the people who condemn farmers or farming as a way of life, but huge supporters, for often times I get emails saying “Thank a Farmer”. 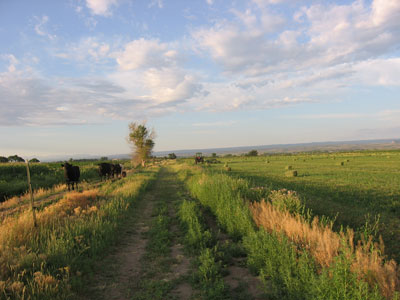 But for those who are new to my blog, or new to anyone’s blog about farming…I thought what Marianne wrote was well said.  Often times it’s the very thing we are condemning others for, which we are (also) guilty.

So too not preach or make anyone uncomfortable I leave you now.

From my humble heart to your world,