I was in my box, just resting. 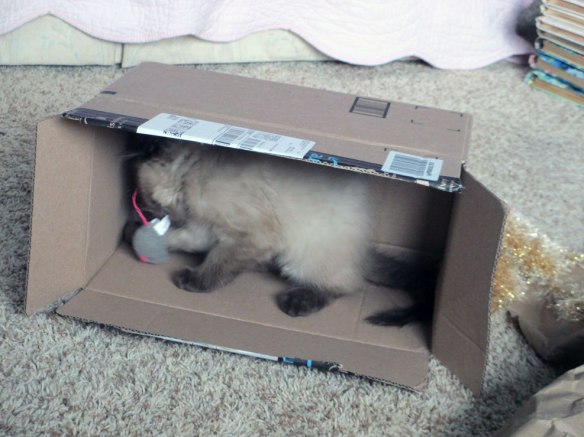 Well, kinda, sorta, maybe, not resting so much, but HIDING!

The mice had all gone to play all over the house…I took them everywhere.

One at a time.

One in the bedroom…bat around, bat around

One upstairs, one here, one there, I think you understand.

Then I grabbed GRRRRRRRRRRRRRRRiaff…he sounds like a bell.  I growl at him.

I jumped straight up in the air.

Then I ran into box again.

It was still there.

I know what this is…no one told me, but I know.

I jumped out of the box right onto RAT!

Then I proceeded to KILL RAT!

I really worked RAT over—he rattles, which is rather cool.

I took care of RAT for such a long time that I was worn out. 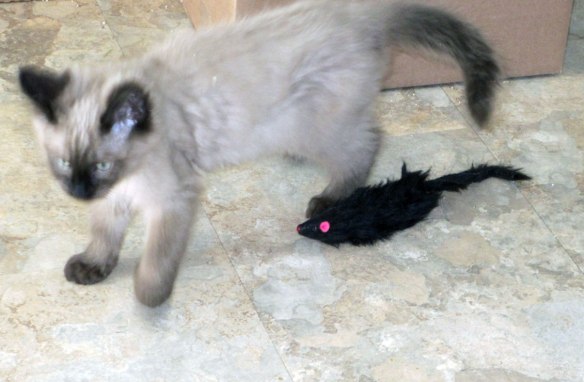