We had to put out all the siphon tubes

Which was a big, big, back-bending job 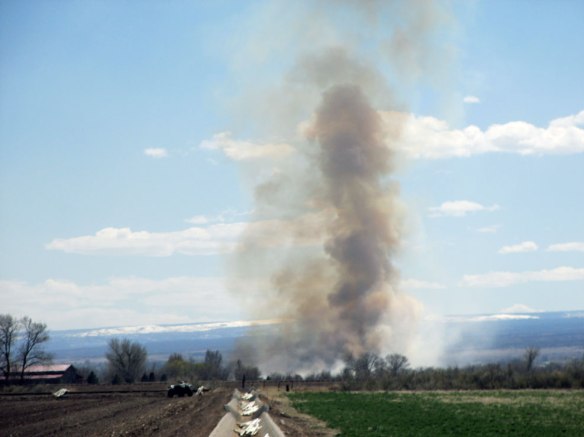 Some neighbor up the road a-ways was burning off a field. Scary.

Then it was time to open the headgate.  See that little long chute-like box with the little waterfall.  That is the headgate to our farm.  This is where the water is taken out of the FN Lateral Canal (just our amount) flows into the headgate, where there is a tin dam stopping or letting the water through the long box going off toward the edge of the photo.

That is our allotted water.  The water is measured and monitored by the Uncompahgre Valley Water Ditch Rider assigned to whatever ditch.

Water is expensive, much more so than the taxes for the farm—and it is precious.

This is our fork to clean out the trash which collects in the headgate.

Once we turn the water onto the farm, we have to clean out the trash in the ditches.

The easiest way is to let the water push it into a pile, then take your pitchfork and lift it up and over the side.

We do this all the way through all the cement and 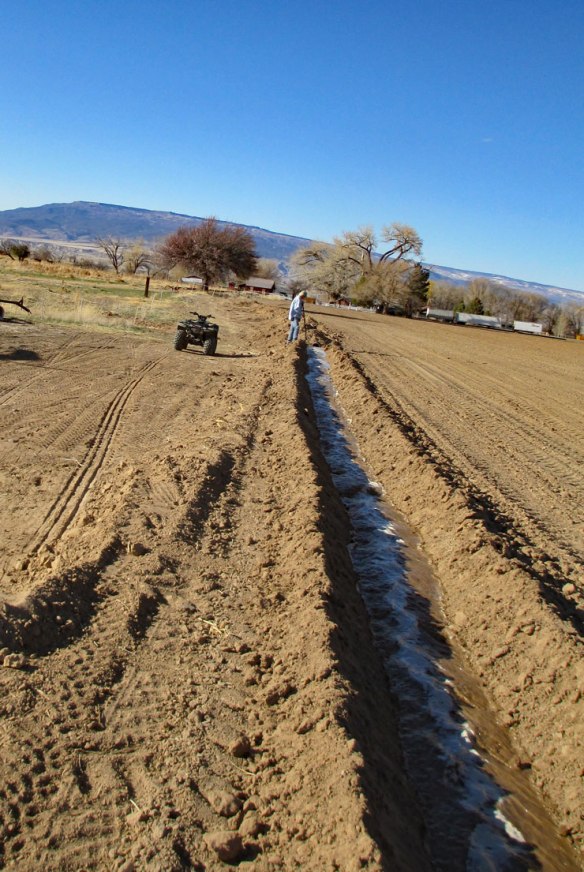 dirt ditches until we get to the end of the farm, where (then) the water flows back into the canal.  Cleaned of trash; moving toward the next farm.

Terry takes the first stand and I take the second stand.  In other words, Terry lifts the most and I pick up the trash that gets away from him as he is flipping the big wad out. 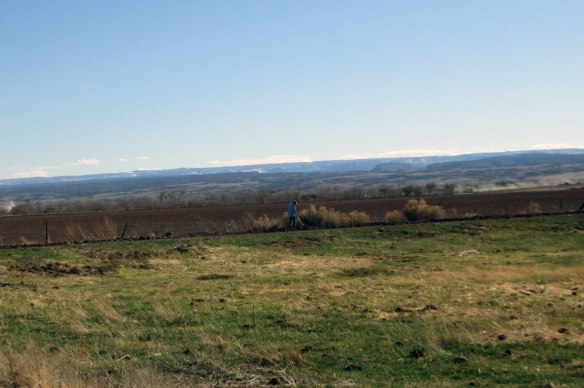 Then back we go to the Upper End, where we cleaned and planted a new pasture.  Here is where we started the first of the irrgation. 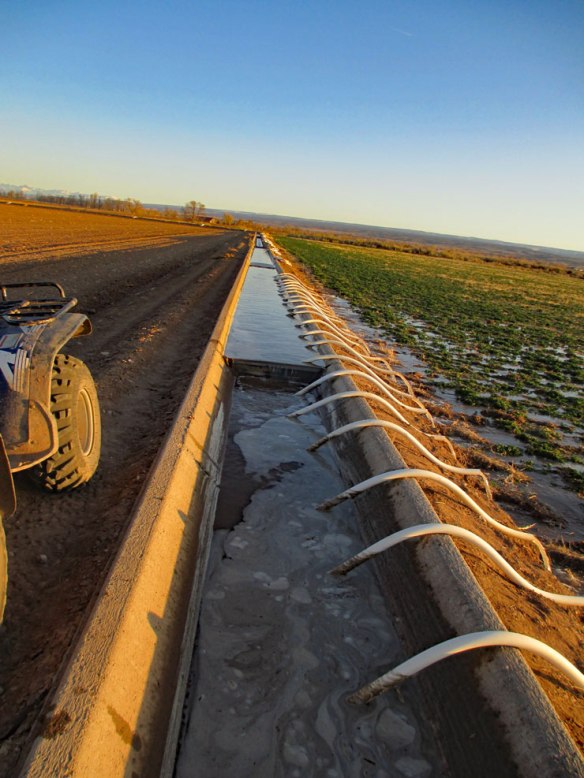 Then (as the pastures water started flowing back into the transfer ditch, we laid out the siphon tubes in the Middle Field. 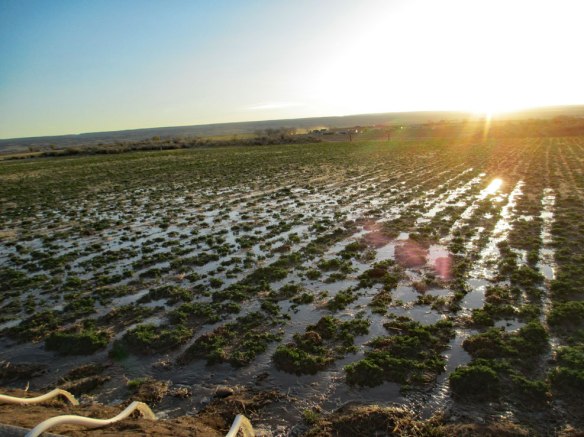 Water!  Gurgling and flowing, shimmering across one of the alfalfa fields.

A whole long day of hard work, but a perfect result!

The water will be changed twice a day—just as the sun comes up in the morning and then in the evening before the darkness descends.

Every day from now on out.  And if we have our water cut (which they might) then we change it even more…sometimes even in the night.

I suppose some would say it’s a hard life, but honestly, Terry and I love it.