But between the rain and the upper mountain snow, there is still melt occurring.

The Robidoux River, just below our farm in the Roubidoux canyon is flooding….all the 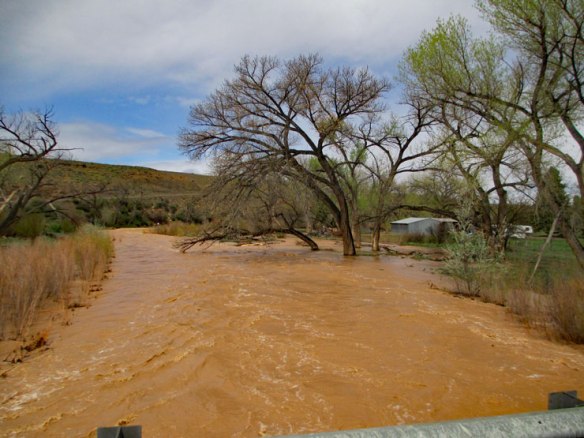 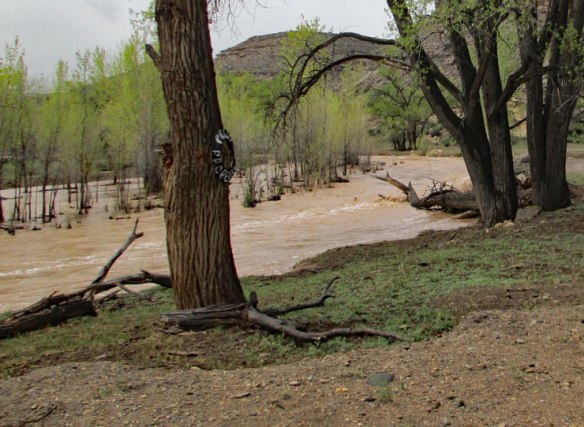 Just looking at the water like this: rushing, raging, tearing away the banks completely changing the course of the river

Tends to make me feel like I might fall in and drown….so I stay far, far away 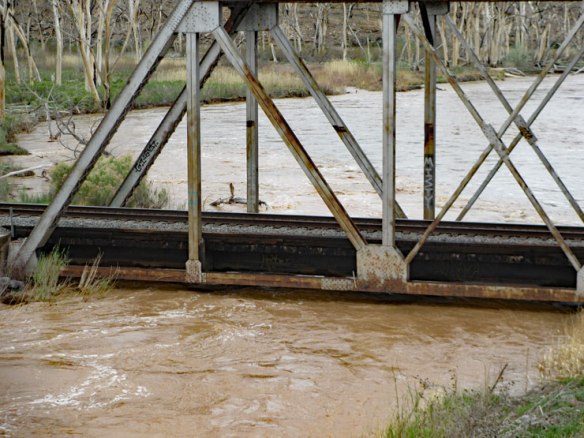 The Gunnison River is swollen from the gathering of all the streams and the merging of the Uncompahgre River (in Delta), plus the Rubidoux River…it is HUGE now…hurtling toward Grand Junction where it will join the Colorado River. 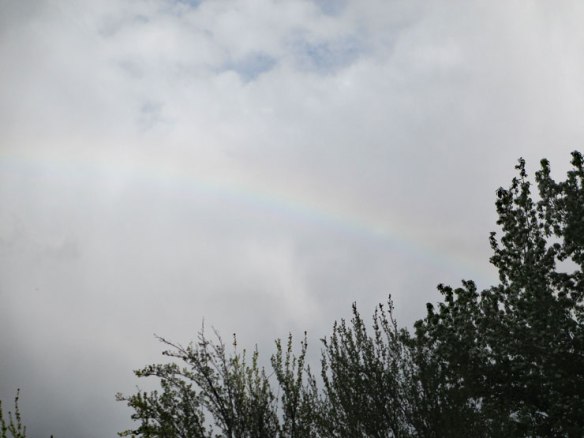 As the day started winding down, I saw a very faint rainbow in the hissing rain of the dark grey sky

It wasn’t very bright, nor did it last long. 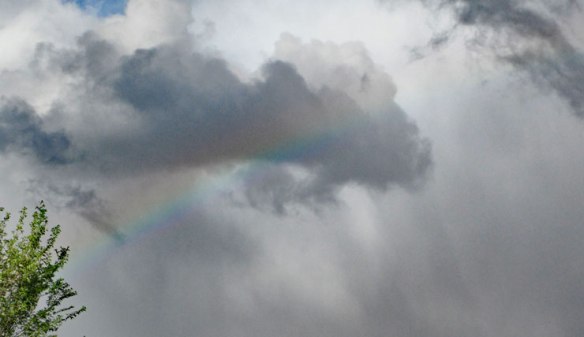 Still, I saw it…and that was just the most perfect gift on the last day of April 2019.