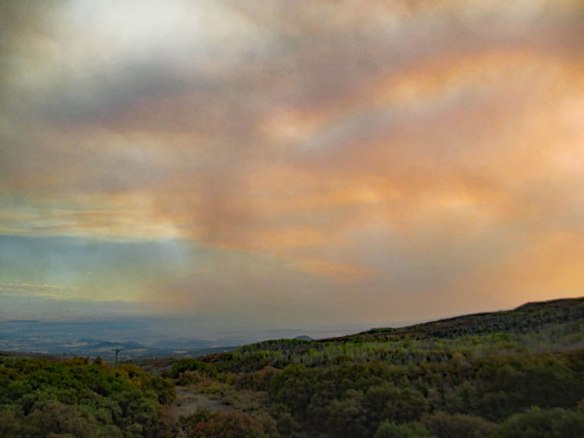 Coming down from our Autumn Four-wheeler ride we started into the smoke from the Bull Draw fire, which is occurring right behind our farm on the Uncompahgre Plateau

But yesterday, Monday, we had lots and lots of wild scattered showers of rain, with very little wind and no lightning,  here on the farm and up on the Plateau. 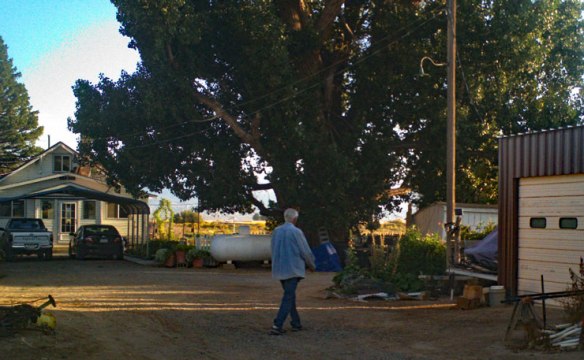 The FaceBook page for the Bull Draw Fire is very positive:

Yesterday’s Activity: Containment is now at 95% due to successful firing operations completed on Saturday, Sept 22 and multiple days monitoring fire lines. Wind gusts up to 20 mph were present and served as a strong test of all lines in place along the north and east sides of the perimeter. Fire behavior was moderate and well within the interior. Yesterday’s operations did not require water drops from a helicopter or a reconnaissance flight by an Authorized Unmanned Aircraft Systems (UAS), or drone. Crews continued with snagging operations in aspen stands along Divide Road and around UC Cow Camp. The fire did receive precipitation, but no measurable quantity was observed.

I must say that is news which expresses great pleasure to my mind and heart.