My paternal Grandmother, Francis Dorsey Shipley married Peter Edward Doyle on the 10th of September 1921….she was 19 and he was 31.   Gram said they were very much in love, although, her dad did NOT approve of the marriage. (That is another story for another time.)

But for this story and this time, I wish to write to you about my Dad.

Lester Allen Doyle was born January 1, 1926, in Brea, Californa five years after Gram and Grand married. He was the only child. 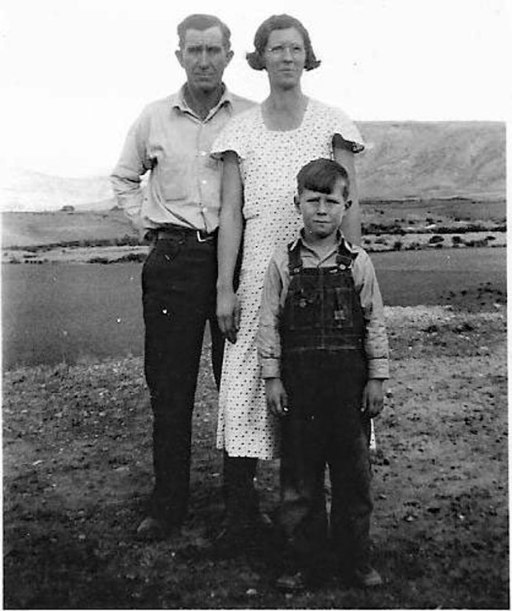 By the time Daddy was 8-going on 9 the family had moved back to Delta, in the Read area and started farming. (The farm now is growing houses and roads. Sigh.)

(Last photo ever taken of Pete)

Grams said it was an extremely happy time.  Daddy’s memories are much along that same line of thought.

Then when Daddy turned 9, that September his Dad died.

And the world turned upside down.  Gram sold the farm moved to Eckert and found a job. 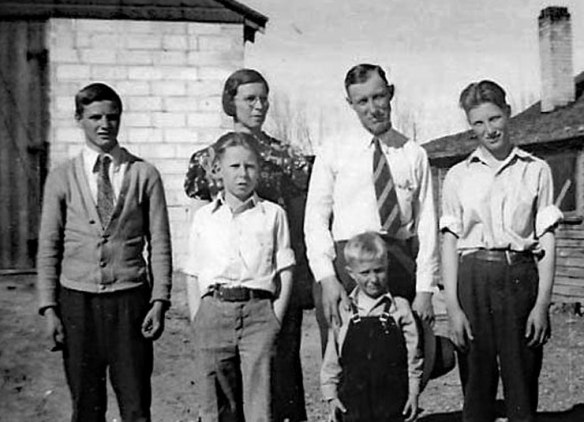 (Ralph Holder, Francis, Charley, Tuff, Lester in the front of Francis, Jr. in front of Charley)

When Daddy was almost eleven, Gram married Charles Albin Holder. Charley had lost his wife to a brain tumor and was raising three boys alone.

Actually, this was tough times for my Dad, he never felt part of the family…ever. (See how he held his hands behind his back trying to not take up lots of space), although, Gram was more than thrilled with her new life. 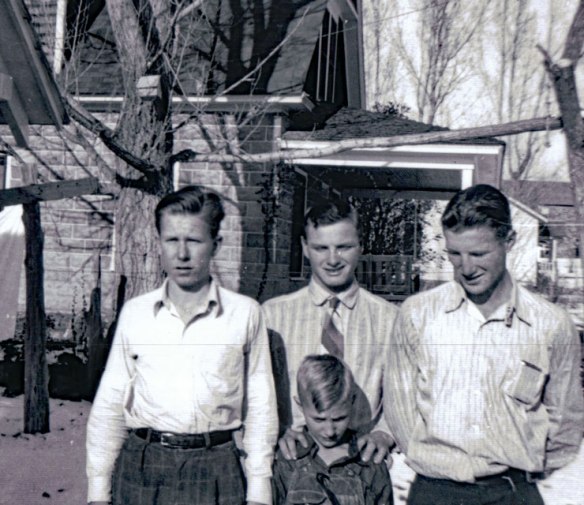 At one point Daddy ran away from home, going to live with his Uncle Ott Doyle. Dad stayed with Ott and his family for a goodly amount of time.  Then one day, Ott took Dad for pickup truck ride and gave him a wee bit of advice about life: 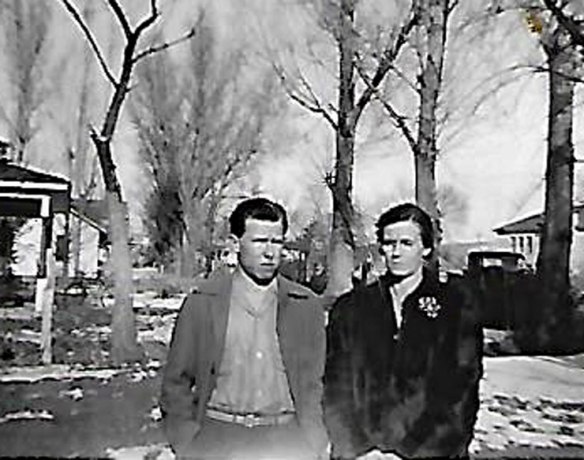 “Sometimes, Les” my Dad quoted to me one day,  “There’s not much you can do about what life hands you, but go on.”

After more heart to heart talk, Daddy went home.  Then when he just turned 17 he talked his Mom into letting him go into the Navy –it was WWII. 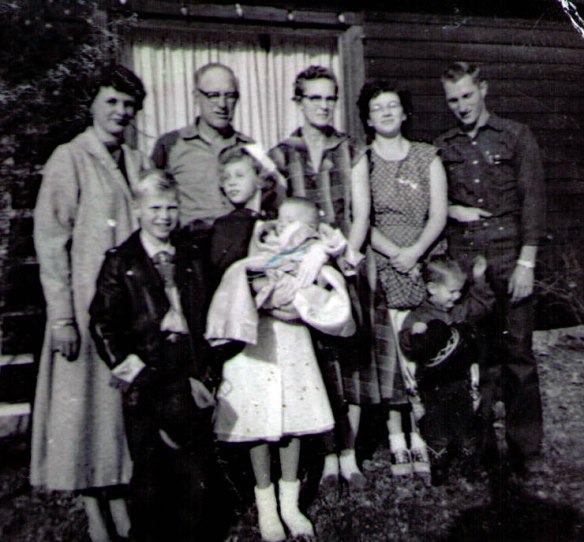 (Back row: Momma, Charley, Francis, Kay Jr.  Front row: Danny, Me holding Gary Holder and the little boy next to me is Randy Holder.   I wanted to be a nurse so I wore my Nurse uniform everywhere until it wore clear out. 🙂  )

Back home Dad married Momma, had Danny and I and we grew up living very close to both sides of our grandparents and Charley’s youngest son, Jr., and his family.

(Charley’s Mother Mattie, Charley Holder, my Dad, Me, and the baby is our oldest daughter, Shannon)

Dad continued to always treat the Holder’s like they were his family.

Even after Gram had died, my Dad took care of Charley as if he were his own father, bringing him to stay a week at a time with he and Mom and taking Charley out to eat once in a while.

One day I asked Daddy why he kept on taking care of Charley even though things were always ‘sorta off’ with Charley.

My Dad looked at me very seriously and said: “My Mother would have wanted me too.”

My heart crumpled with that statement.

I look back at Daddy’s life, sometimes, and realize he sat a huge example for me.

I love you, Daddy.

From my heart to your world,