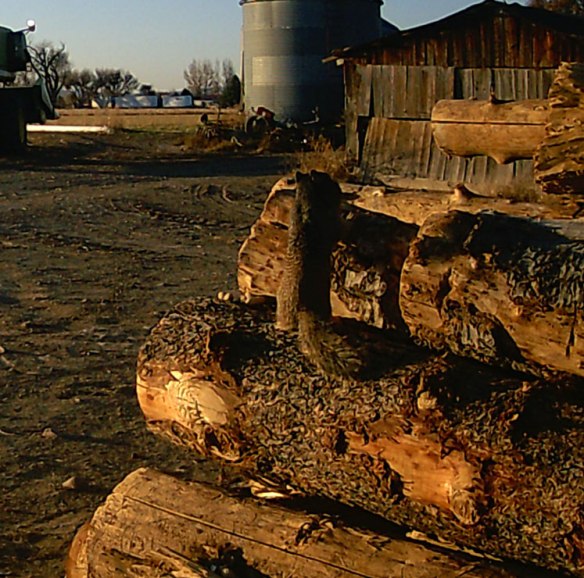 “Stewart!  STEWART!!!”  Stanley yelled as he scampered all over the large logs.

“WHAT?!?  Geez, what could be so important to take me away from a yummy pile of peanuts?”

Stewart looked up to see Stanley barreling toward him.

“Stewart, O! Stewart, something so sad and terrible has happened, I’m finding it hard to know what to do.” Stanley wailed.

“WHAT is IT, Stanley!  I can’t help you if you don’t calm down enough to tell me what is going on.”

“Oh, Stewart!  Boomer has left all of us and gone over the Rainbow Bridge.  He is GONE! Never to take us for rides around the farm again.  O!, Stewart, I am so sad.  He was a good friend to us.”  With that Stanley let two great big tears roll down his little squirrel cheeks.

Stewart was just in mid-chew, of a delicious peanut Mom had put out as a fun snack for him and Stanley.

“NO! NO! I didn’t even know Boomer was sick!  He didn’t tell us.  He didn’t let us know!” Stewart responded in shock.

“Mindy Cat told me just a few minutes ago.  Boomer is gone, traveling around with Fuzzy now doing all sorts of stuff without us. OOOOOOOOOOOHHHHHHHHHHHHH BOOMER!” Stanley wailed.

“Well, what do we do now,” Stanley asked after a very long moment of silence.

“I think we had better go find Chip and let him know.  Chip enjoyed Boomer.  And Mrs. Bunny.”

“Okay, let’s move on down the equipment line and see if we can find Chip or Mrs. Bunny.” Stewart headed toward the end of the log gathering himself to jump onto the hay hauling trailer.

“Chip?  Mrs. Bunny?” I stopped my pursuit on the trailer;  following the scent of several mice, you see, yummm—

a Momma mouse and her bazillion little ones.

“Actually, No.  I haven’t really been looking for them.” I replied. “Maybe you can go check on the grain head or down by the roller, or under one of the combines.  I’ve seen each of them there at different times of the day. Or you might go over to the stacked wood by the chicken house, sometimes they are over there.”  I gave them all a small wave and headed on about my business.

“Okay,” Stewart and Stanley replied in unison…off we go—first let’s do the equipment area, there is always yummy corn kernels by the combines and other types of goodies.”

“CHIP!  CHIPPPP!”  We yelled as loud as our squirrel voice could yell—“CHIP WHERE ARE YOU!”

“Boys! Why are you screaming so loud?”  Mrs. Bunny came hopping from the, now harvested cornfield.  If you don’t keep your voices down you could call in the 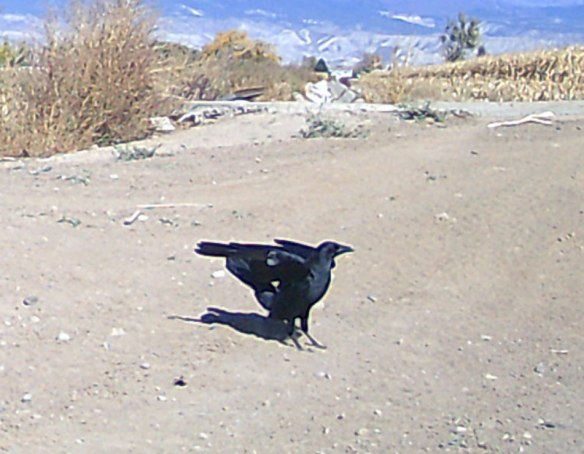 or that Hawk pair who have decided they live on our farm.” Mrs. Bunny admonished Stewart and Stanley.

“We are looking for Chip”, Stewart explained to Mrs. Bunny.

“And YOU!”  Stanley chattered in.

Suddenly a brown ball of fur zipped right into our midst, running right into Stanley and bowling him over. 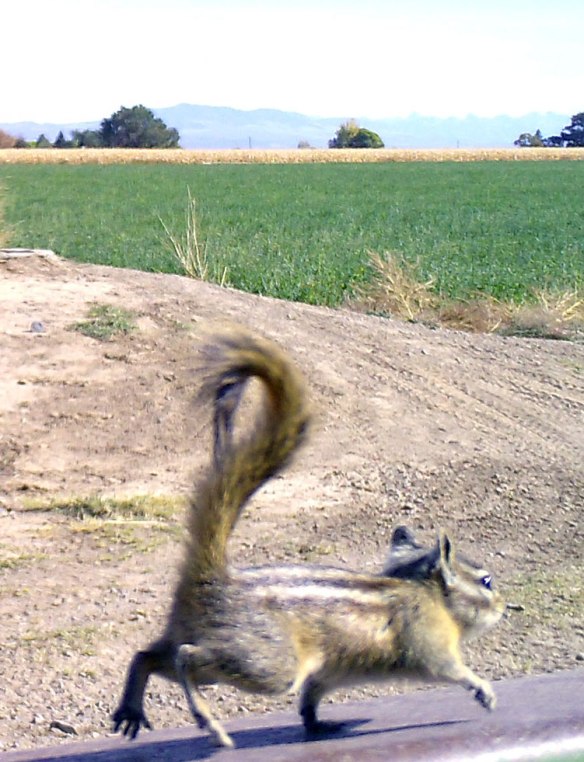 ‘Oh, good,” Stewart replied, helping Stanley up and dusting Stanley off. “We have some very sad news to tell you.”

“Yes”, Stanley replied. “Mindy cat just told us that Boomer, our Buddy, has left the farm to live over-the Rainbow-Bridge.  Boomer is no longer here to protect and take care of us.”  Stanley burst out in tears, all over again.

There was stunned silence from Chip and Mrs. Bunny.

“Well, no, none of us did”, chattered Stewart.  But Mindy told him good-bye and said she would let all his friends know.”

“Then we don’t have to let Freddy, his Mom (shudder)

or those very large and noisy raccoons know.

Mindy can do it.”

“Hummm, Chip squeaked… “I wonder where Mindy is now, and what she is doing.”

“I would imagine she is looking for Boomer’s friends to let them know…she has a big job now.  Telling the farm our most wonderful dog friend is over the rainbow bridge.”  Mrs. Rabbit turned and bounced back into the cornfield. 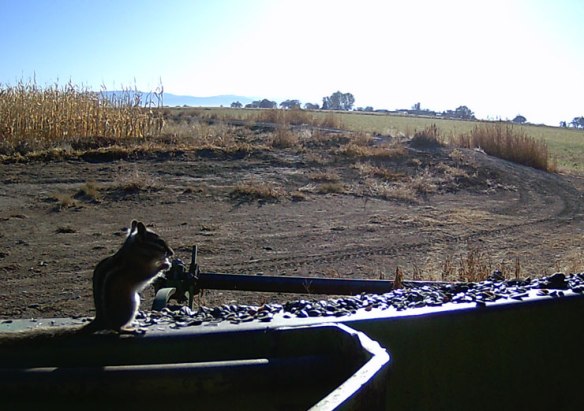 So, we all ran back to the logs and the nice treats Mom had put there for us.

After my mouse snack, I decided it was time to move on.