By the end of February Dad is getting pretty excited to start farming. Why even some of the other farmers…the BIG GUYS… have started.  It all depends on the frost in the ground, or not in the ground. 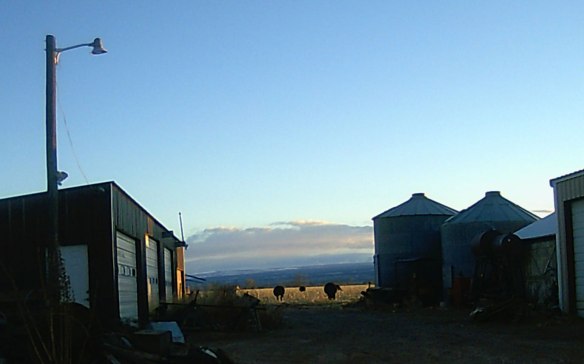 Dad and Mom have been busy ‘doing stuff’ most of January and most of February. This stuff usually consists of whatever it takes to make the FARMING SEASON go smooth.

Sometime in late March or April, the Apricot trees will start to bloom.

Mom says LATE APRIL, please.  If you must bloom make it LATE APRIL!

You see there are still many, many cold nights and days that kill things that burst forth into robustious blooms.

A cold snap (or a terrible freeze) doesn’t seem to hurt the trees or the leaves (or lack thereof) on the trees, but it does take a huge whack out of the blossoms!

First, there are lovely sweet-smelling flowers and BAM! They are brown and dead and fall off the trees.

Of course, that also means there is no fruit to can later on.

Anyway, by the time March comes roaring in (we hope it roars in not out)

Mom and Dad are farming—

Which isn’t weather, but still…it is SPRING!