“Come now.  The hens need to get out and go scratch around.

Come On.  Leave them alone.”

I’m just standing here in front of the chicken house, not doing anything.

“Boo Berry,” Mom swooped down and picked me up.

“No herding chickens until I tell you.”

Off we went to the sidewalk.

Then Mom put me down.

“Here you go.  Stay around here and play.”

Then Mom went to mow the lawn and I

RAN TO THE HOUSE

Sometimes I am doing something when I see my hand

It shocks me, if only for a brief moment of time

For I think, I see my Momma’s hand.  It startles me for I know she is not here, she is beyond the Veil, somewhere.

This sudden ‘seeing’ of Momma started sometime this farming season, I can’t pinpoint when.

But there she is, just for a moment, reaching through the veil touching me, gathering me close, stirring my heart, filling my mind with the memory of her and her tender yet firm love of me.

I am now older than Momma when she died.  I no longer have a compass, a way to approach each day, year, or a single tiny bit of time.  She passed away, many years ago- the year 2000, when she just turned 71.

Thank you, Momma, for the brief, gentle time of walking with me, I know you are with me when I see your hands on mine.

From my heart to your heart,

The crops are gathering momentum,

The corn is full, fat, and soft.

If you were to touch one of the kernels you could feel what we call ‘the dough’ a soft, fluffy feel to the kernel.

This is NOT the time to starve the corn from water…water is what makes the kernel grow and fill-up nicely.

So every day, three times a day the water is changed; moving through one field and onto another field

The first field of alfalfa is getting ready to be harvested for the third (and possibly the last) time.   Maybe next week or the following week…it all depends on the bloom.

Even though,  just to look at the farm, it doesn’t seem there is anything happening right now… 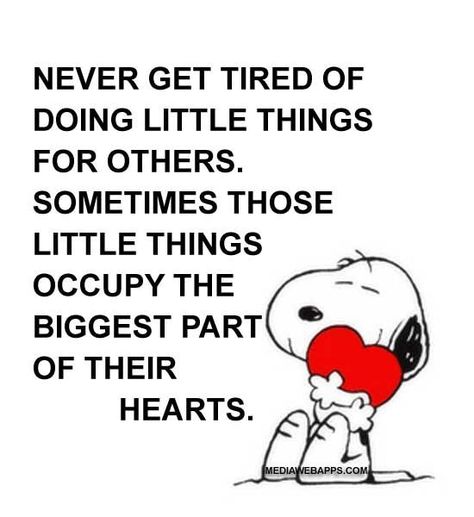 This is our grandson, at their home.  Photo was taken by his Mom

Nothing better than sleeping with a pile of puppies!

It’s nothing spectacular, or show-stopping

I’ve challenged myself to ‘not get obsessed’, to work in stages and enjoy the process and the colors more than getting one done and moving on to another so I can make something of the creations.

I am working on creating crepe-paper flowers.

This a real flower.  My crepe-paper flowers have a long way to go before they really do start looking like real flowers.

That’s okay.  I’m enjoying myself, it’s a tiny break in the day, and there really is nothing I can do with them anyway but look at them.

The missing never ends for those we love, does it?  There have been so many who have gone before.  Today…the people of my youth, my blood family, my friend and sister of my heart are all gone.  There is only my brother and I.  We are two left from many.

Although, we both have children and grandchildren, so the line of life stretches ever onward…and onward  the way it should.

Last night our skies were black as velvet!  The rain flowing down upon us creating a frosty feeling to the air.  I watched the lightening and thunder play and dance along the plateau as I fell asleep only to be waked two hours later with the same flashes of brilliance right over our farm.

The lightening was huge running large and small jagged lines from cloud to earth- the thunder cracked at exactly the same moment!  The effect was awe inspiring and very intimidating.  After I finish posting this I must run down to the kid’s house an check everything is okay.  I’m stalling—for if a tree branch has fallen it means work…and it’s way too wet to work right now.  (Although Terry is out wading through mud and mud puddles and slick ditch banks to change the water—the water never stops until harvest…ever.)

The crows are back…fall is in the air here–I can even see the leaves starting to change color here.

This morning I saw a very faint rainbow…very faint but it was still nice to see.

Some time ago I posted that cows were able to take care of coyotes and tried to explain how.

Sara from My Favorite Sheep blogspot….sent me an email about cows running off a bear: It’s pretty stunning I’ve posted it below.

Off now to go see if we have any lightening damage.

Oregon cows and a black bear…don’t mess with Mama!
A couple of evenings ago, an Eastern Oregon rancher went out to check his beef herd.
He saw a very strange sight — and was able to photograph an unusual battle between
a black bear and some brave cows. The bear began to attack a cow and then the herd
came to her aid.  One cow in particular got especially aggressive and head-butted the
bear right off its feet. Then, two cows sandwiched the bear between their heads. After
that, the bear decided to flee and limped back into the woods.

The blonde and white Simmental cow we know as I-12 went right for him.
She is a very good cow, a very attentive mother and about 12 years old.
She’s in her prime and knows that bears are bad news.

Little does the bear know what is coming.

She tried her best to mash him into the ground. Man, that has to have hurt the bear!

Nothing like a mad cow to give you a hard time.

There are a couple of photos where the bear is biting I-12’s leg and clawing her face,
but she is not giving up. Her stiff tail shows how agitated she is. Wayne said all the
cows were bawling, the bear was squealing and the calves were running around with
their tails in the air.

And here comes some help. This bear is about to know what real trouble is!

When you have two females pissed at you, real trouble has arrived!
A younger cow, R-55, an Angus-Cross cow, age 7, is helping her out as best she can.
It is an incredible photo to see two cows at once trying to crush the bear.
Watch That hoof land home!

I looked up the calving records of both cows who are so aggressive in these photos
and they are both good, calm cows around us, and have given us no troubles
whatsoever. I’ll have to add in my notes that they have a very distinct dislike of bears.
Man, that’s a lot of weight bearing (pun intended), down on the bear like mashing a
lump of butter! It’s a wonder the bear could even move after all the mauling he received.

We’ll be watching I-12 over the next few days to see if she needs Treatment for infection.
I don’t know how willingly she’ll come to the corrals for treatment, but she might not have
a choice. And stay away you won’t be so lucky next time!

Lucky to be able to move at all.

Finally, the bear decided to vacate the area. We thought he’d be dead for sure,
but there was no sign of him the next day.

We’ll have to keep an eye out for eagles in the trees or flocks of ravens flying up. We’re
sure he’s got some broken ribs out of the deal at the very least. Wayne couldn’t believe
his eyes when he witnessed this ruckus.  It’s a once-in-a-lifetime photography event.
Amazing!

Sorry I’m late today…I had a bit of a family emergency that took my time.  All is okay now, but we had a bit of juggling act for a few hours there.

The clouds are rumbling and grumbling across the plateau as I write this, so the possibly of another storm is in the making.  Maybe it will just stay up there watering the flowers and trees.

Although, we Do NOT raise sweet corn our neighbors do so we are always concerned how it’s going for them.  Since sweet corn has a very tiny window of sweetness they are having to harvest if in the mud and rain.  Lots of mud…the tractors are having to pull the trucks through the fields then the trucks leave huge wads of mud on the road.  After each field is done, then they run a blade down the road cleaning off the mud.   Harvest is always a tad stressful, I must say.

Anyway, I hope to get caught up and back into some sort of routine again soon.  Please know that I still have all your comments and will be answering them as I have a spare moment here and there AND I will be visiting each of your blogs!

Like a man told me awhile ago…everyday we have a choice to either be happy or to not be happy…for life happens and things get rough so you can either approach everything with a calm smile or fall apart.

I going for the calm smile and happy feeling!

Have a good one everyone! I’ll be around to visit you soon.

Follow Life on a Colorado Farm on WordPress.com
Join 1,793 other followers