It’s the tiny moments of life, which make our lives so much more than those overwhelming BIG things. 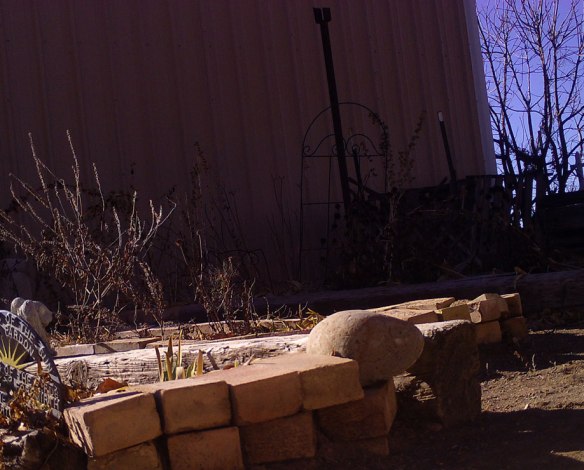 It’s really those tiny moments which whisper—-shhhh—all will be well.

The dreary days have me dreaming of last summer

But—last summer is not the future 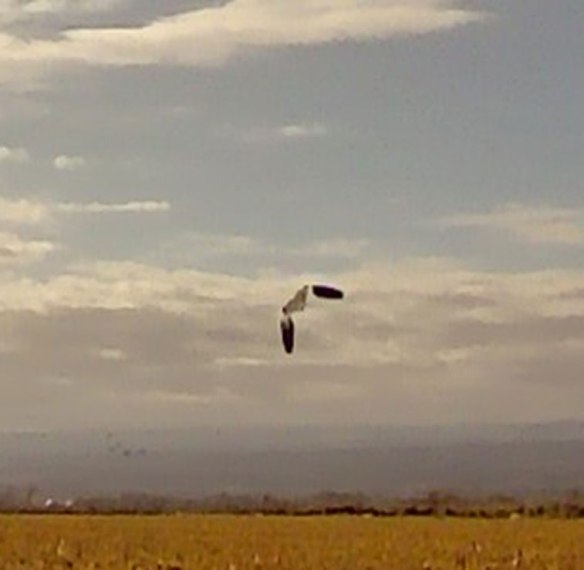 So I try to spend the long days

They do lighten the days as they wing across the skies 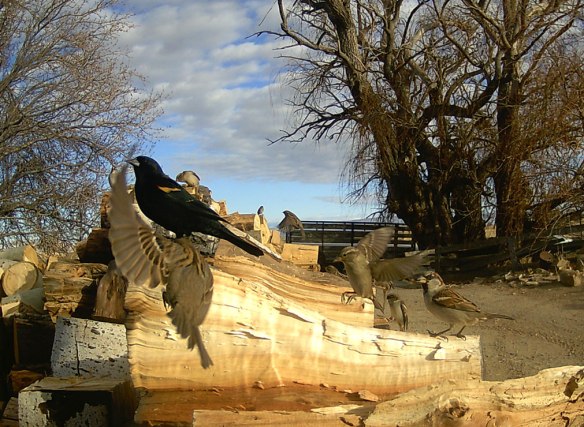 Or glide carefully onto one of the large piles of firewood.

Perfect for getting through the long days of winter.

All that changed over-night.  We woke to fog and snow.  Lots and lots of snow. It’s beautiful 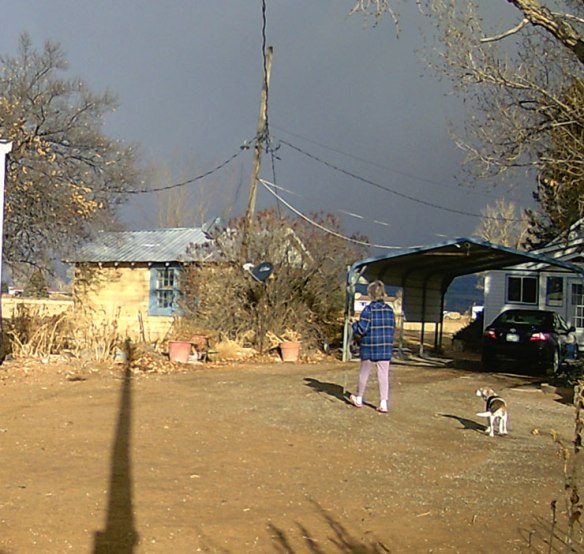 Then last evening the clouds rolled in; pushed along with a brisk wind, but before the swirling snow started 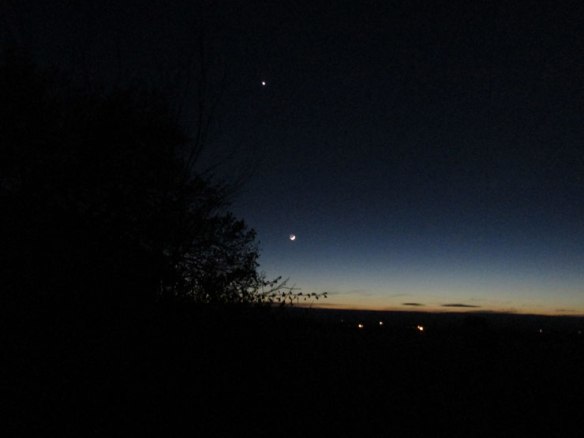 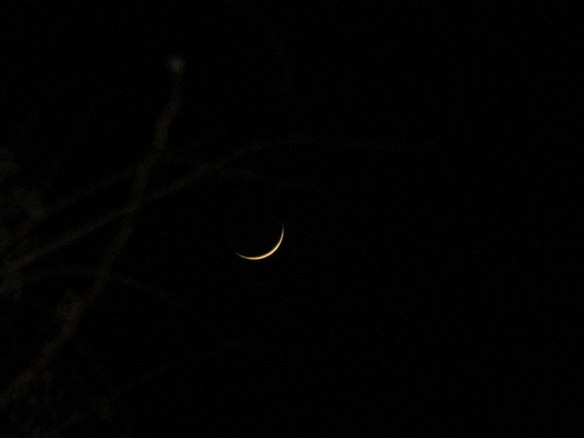 Boomer and I breathing in the cold air of the night

Your friend on western Colorado farm,

Yesterday morning was brisk and cold 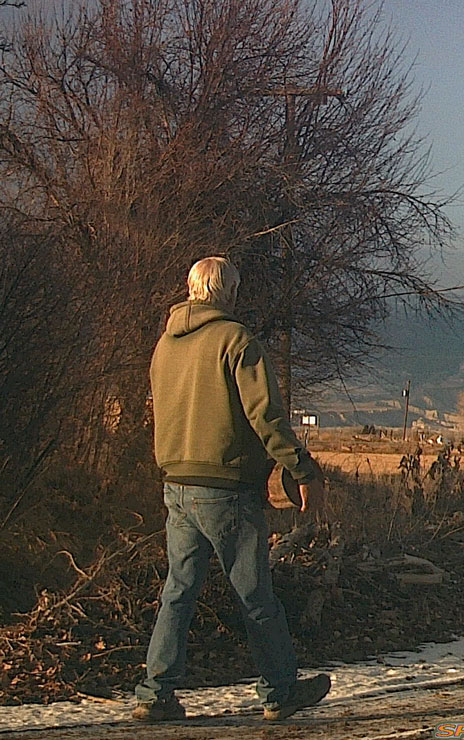 So we worked on the log pile cutting and sorting firewood (not having to work in mud–the ground was frozen, you see)

There is still lots of winter left, soon we will be hauling from our other wood piles behind the barn and up at the Back Forty

But the stack yard is starting to look rather nice 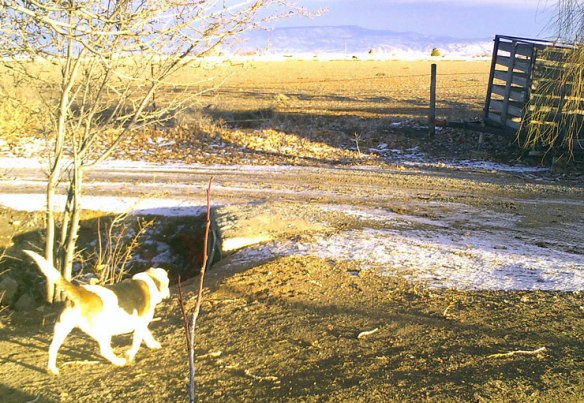 Then in the late afternoon, as the sun’s heartbeat poised for a wee second on the western horizon, just before the dark rose up

Filling our world with long shadows

From my heart to your world,

Merri wrote me and explained that this:  Photo not mine but Paul Pluskwick’s from town he is a master at this catching the moment..he is amazing..and I am blessed to know him..Paul has shown many of us how to use our cameras……He uses light like no other….and I have the picture on my own but not this one.

I think he deserves the credit.  Paul  does not care who posts the pictures so it is fine to do that…… we all learn from his clarity and love of  Virginia Mn….so it is all our picture and it is ok to share it as you have just wanted to give you a collective view of it . Paul takes area photos  here…and I walk up there often as well and take my own\around for myself and my use too. Paul is a wonderful man and loves doing what he does and sharing with the world. He is a blessing…..Love Merri

So there you have it…Paul Pluskwick is the author of the photo.  Thank you, Plau!

We are so lucky, again, You and I!  Merri took a wee walk-about…(even though it was so cold your bones hurt).

Leaving her house to parts we will not know of, then heading back home through the park which is just across from her lovely little house; she noticed the stunning beauty of the setting sun streaming through the gazebo.

Thinking I (and you) might enjoy this ethereal light she graciously sent it on to me.

For those of you who have asked, Merri does not have blog.  I wish she did. But lucky us, she allows me to post her photos on my blog for all of us to enjoy.

With much love, Merri…for sharing with us your world in Minnesota!

As always your friend, 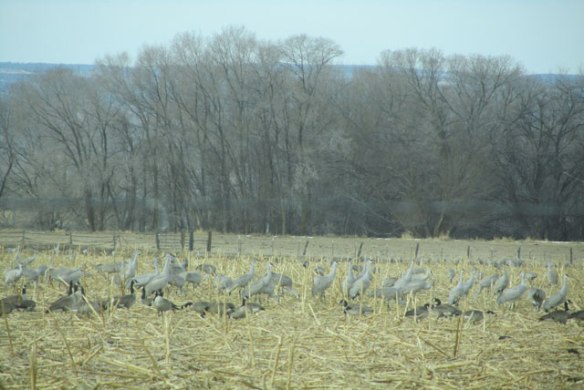 Look at the huge flocks of birds down where our eldest daughter lives!

Masses of Sandhill Cranes, and Canada Geese.  There are ducks in the field with them, but I couldn’t get a shot to turn out very well.

The sounds are LOUD!  Everyone talking all at once, doing their dances and singing love songs to each other…Valentines Day IS coming, you know.

They are so loud you can’t hear yourself talk!  🙂  Makes me smile.  I hollered over to them they could all fly down to our farm and hang out for a few days I would love to have them!  🙂

Now my bit of news.  All last year I tried to figure out HOW to make the Fuzzy and Boomer stories into a publishable book…I tried.  But all along I couldn’t get the proper feel of a actual story—they just kept feeling like blog posts.

This year I am still interested in the book idea, but I’m going to go about it a different way.  You will notice at the top of my blog I have several categories one of which says: Sherlock Boomer.  Every Wednesday I am going to write a Chapter a week about Boomer and a small mystery on the farm….no dead human bodies in these mysteries or evil drug lords—just simple little mysteries which Boomer and his friends will solve in a few chapters.  At the end I should have a book.

The Cast of Characters

Boomer has taken up a new hobby…solving mysteries on the farm. His lovable canine super beagle nose leads him and his farm friends on delightful warm-hearted adventures.

Boomer is a Beagle….although, he doesn’t know he is a beagle.  He doesn’t hunt rabbits or mice or chase birds.  But he DOES love gathering the news.  It was after the loss of his very best friend Fuzzy and falling into a long funk that he decided it was time to start living again.  Since Boomer loves to gather the news, solving mysteries was the next step. (See the Fuzzy link) 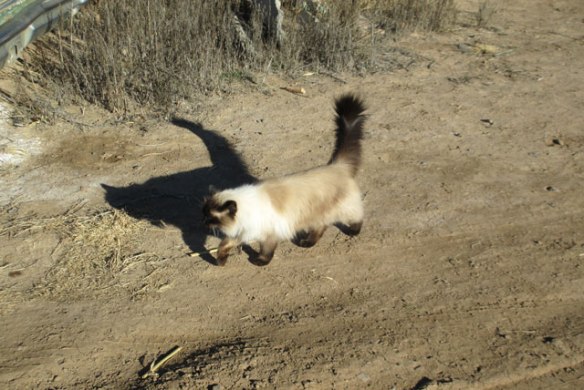 Monkey Cat—lived in the house for years and years and years.  If Mom or Dad made her go outside she would climb on the screen door and hang there until they let her back in.  Then suddenly- the year she turned nine –she decided that she was old enough and brave enough to explore the big outdoors.   Boomer started taking the little fluffy fraidy-cat with him to see the farm…Monkey Cat has decided that visiting outside is, well, FUN! 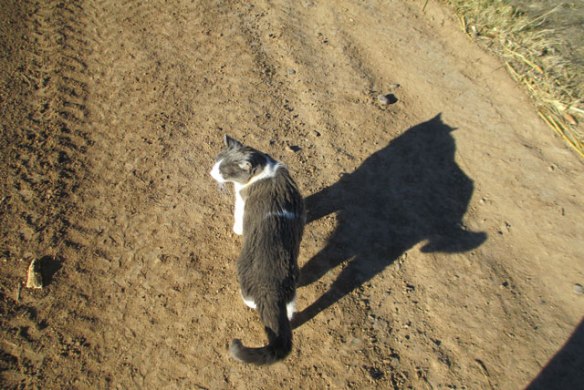 Sam-Sam Cat — the wise and oldest animal on the farm.  Sammy is fifteen and the undisputed cat all around. Sammy is devoted to Mom and adores Dad.  He tolerates Monkey and only goes with Boomer to keep Boomer out of trouble.  Often times its Sammy who figures out what REALLY is going on.

Foxy and Red—warm-hearted Fox who live at the Upper End of the farm in a pile of old dead Cottonwood Trees. Mom doesn’t mind the fox family on the farm because there are NOT and chickens on the farm anymore.  But IF Mom were to get chickens again (she thinks about it a lot) then Foxy and Red would not be welcomed anywhere near the farm yard.   Boomer isn’t much of a watch dog or a guard dog.  Boomer has a warm heart for everyone, except the Coyotes.  So IF Mom gets chickens, Mom will need to get a guard dog for the hens.  Until that time…Foxy and Red pretty much have the run of the whole farm!

Starting tomorrow morning (Wednesday) I will begin my very first attempt at a book, in a serial format — a new chapter every Wednesday until the book is complete. Fridays with Boomer will still continue, because that is about our every day life on the farm seen through a dog’s eyes. A much different format than a serial posting resulting in a book.

I am very excited about this new idea and hope to see all of you tomorrow! 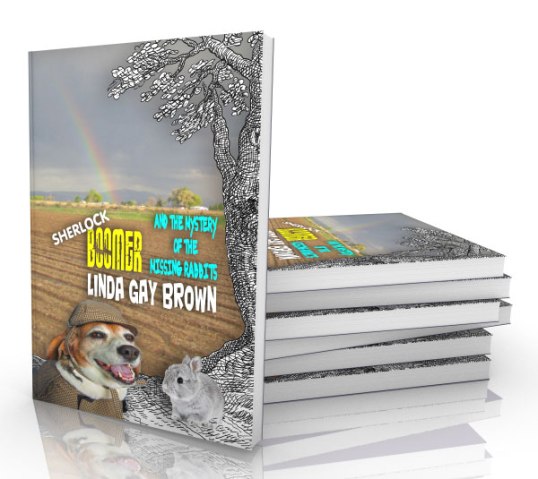